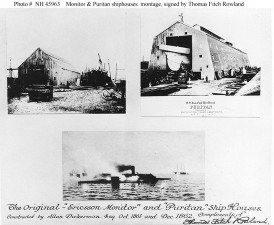 The Brooklyn Diggers are a collective of activists, historians and artists. Our aim is to reclaim the working class psycho-geography of our neighborhoods and to expose ignored perspectives in our history; encouraging residents and visitors to contemplate their lived environment with increased insight and empathy.
For our next project, we will re-create Williamsburg-Greenpoint circa 1861 for a one-day participatory festival along the waterfront, imagining when North Brooklyn waterfront was at the center of national trade and industry. The handiwork of hundreds who occupied this neighborhood would make a major impact on United States Civil War. Our festival will draw visitors into meticulously researched recreations of daily life during this period. This will include demonstrations of old Greenpoint occupations, such as rope making, ship-building and metal-working. Costumed interpreters will engage visitors in conversation. Culinary historians will serve popular dishes from the period. The festival will also give us the opportunity to reconstruct, with participant help, a giant paper-mache model to celebrate the 150th anniversary of the USS Monitor, the Greenpoint-built Civil War ironclad that greatly aided the Union’s victory. A marching band playing Civil War era music to create a festive atmosphere. The event will conclude in a parade celebrating North Brooklyn’s Civil War history.
Our hope that is through immersing visitors in our imagining of Greenpoint-Williamsburg during this important time, we will remind New York City that North Brooklyn has long been a significant place– setting trends not just on the fashion pages of the New York Times, but actually contributing to major events in American History.